This article has collected Lineage 2M tips for beginners. Here you will find answers to frequently asked questions about Lineage 2M.

Potion XP can be bought in groceries of any city. Potion XP come in two forms, red and orange. They differ in that red can be used automatically, while orange is not. 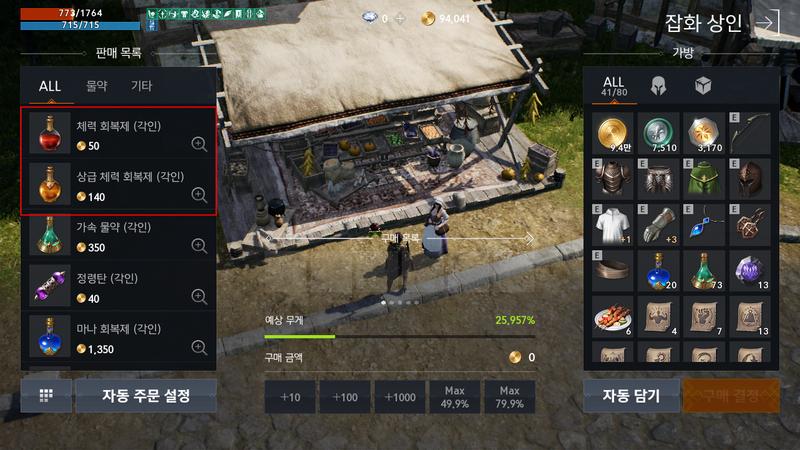 Where to get the arrows

Arrows as well as Potion XP are bought at the grocery. Arrows are of two types: Iron (cheaper) and Silver (expensive). They differ in that silver arrows are better when hunting undead. If you hunt ordinary monsters use cheap arrows, they do more damage. If you are sure that your monsters are undead, use silver arrows. 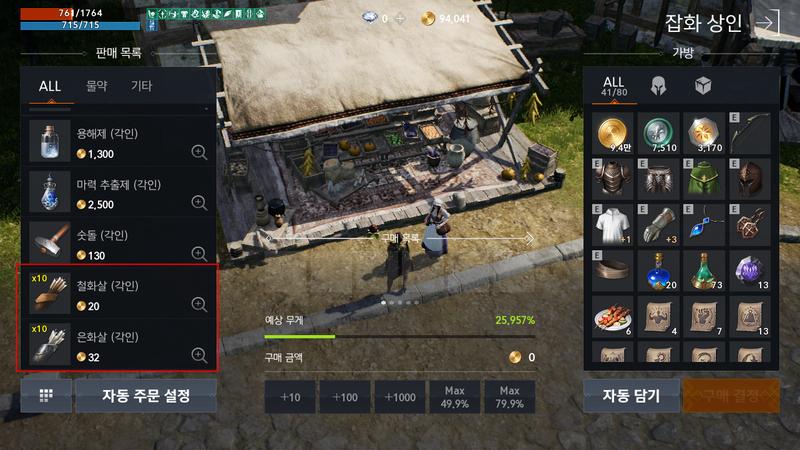 In cities you can find a Warehouse where you can store your things, but there is one problem. To put an item you don’t need to pay anything, but to pick up an item you have to spend 1000 Adena, at the start of the game it is a lot of money, so you should know about it. 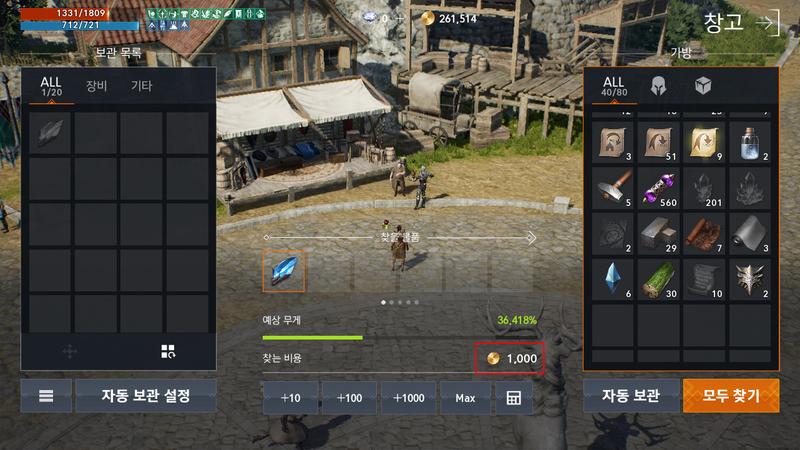 You can enter the Clan after level 20; if a player leaves the Clan, another Clan cannot be entered within 24 hours.

You can disable Camera reset in the game settings as shown in the screenshot below.

In the event of death, the player loses part of the experience gained and with some probability items. Experience and items can be restored for diamonds or adena at a special NPC with a cross. You can also recover by pressing the cross button in the quick menu. If you have shown recovery for diamonds, just click on the currency switch below. 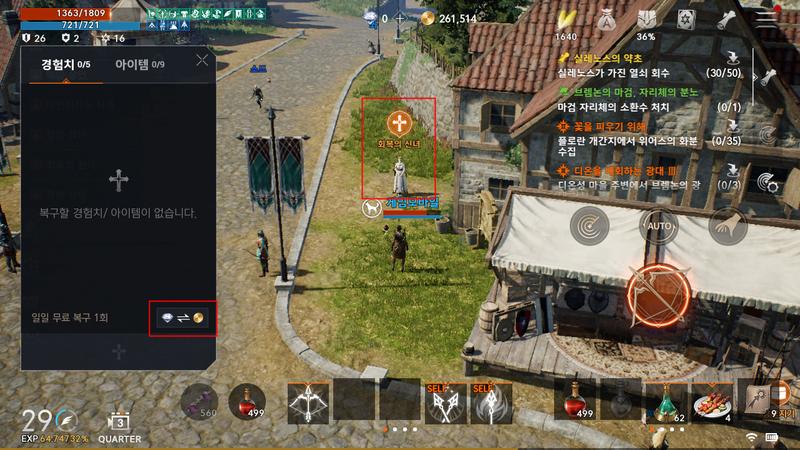 How to make out unnecessary items

In order to break up unnecessary items you need to use a solvent, a solvent can be bought at the grocery in every city. Having broken an object, you can get crystals that can be spent on runes and craft. 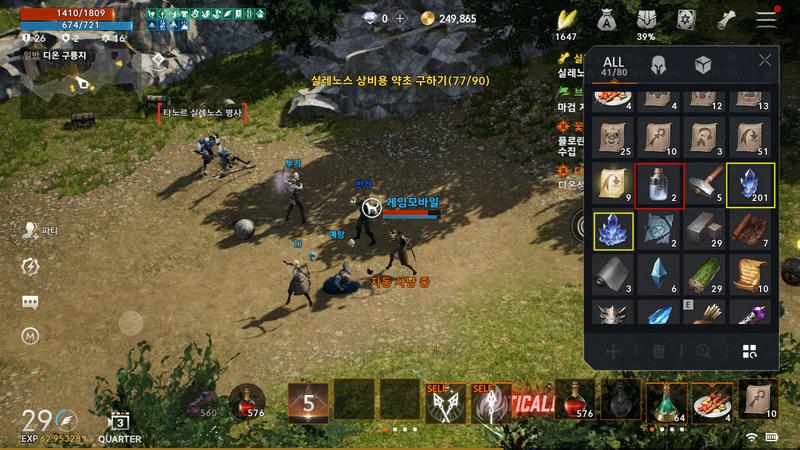 How to put on gear

In order to dress the equipment, it is enough to go into the inventory and click 2 times on the items, If the letter E appears in the corner of the icon, the item is dressed. 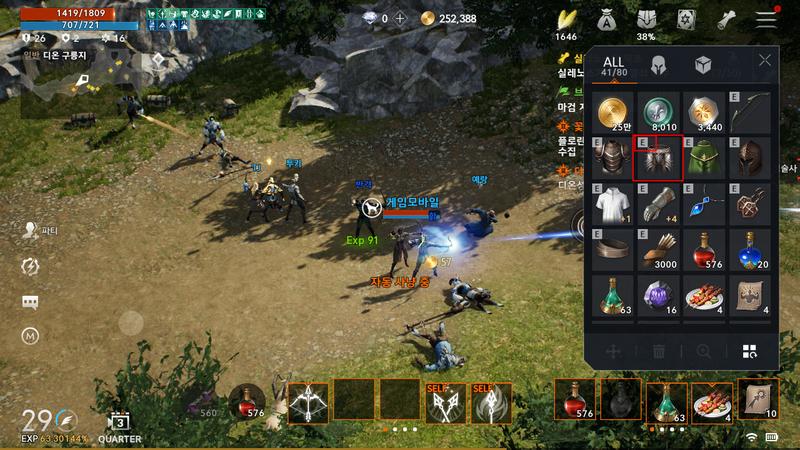 In order to check what is dressed on the character, just click on the XP / MP stripes at the top of the screen. 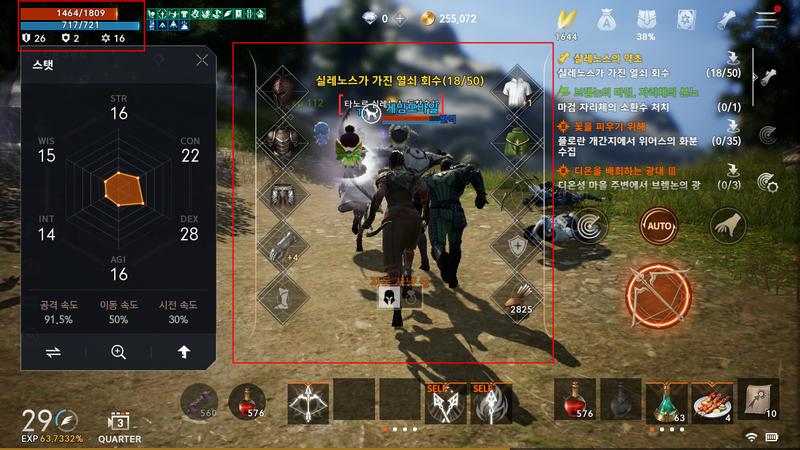 Blessing of Einhasad gives a bonus to experience of 700% and to Adena of 200%. You can replenish the blessing with the help of quests and real money. 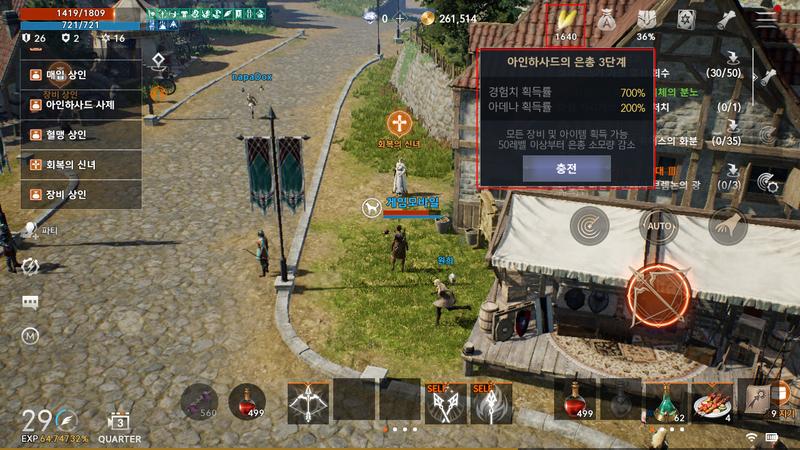 There will be a separate guide for the quests of the statue. But briefly, this is one of the ways to quickly dress a character, the reward for the quests of the statue is divided into 2 parts, 100% reward and one of 5 items from the second list. There are daily limits, as well as special quests for the currency of influence in the game store. More on this will be in a separate guide. 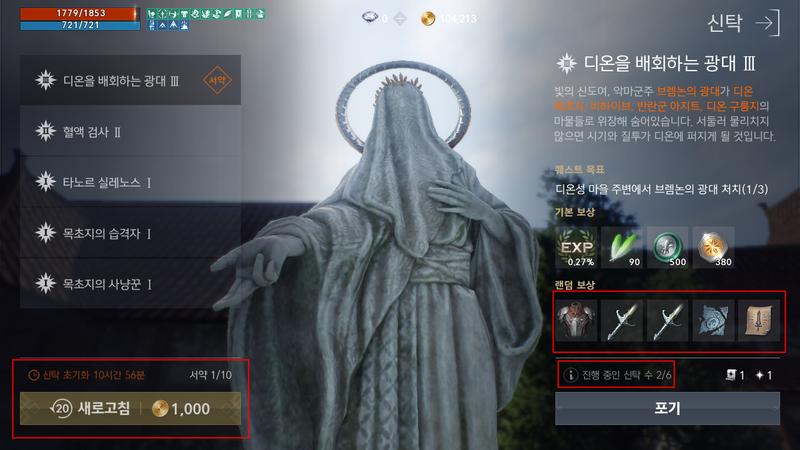 Scrolls are required for enchanted equipment, scrolls can be purchased in the game store or obtained from some quests. Safe sharpening weapons up to +6, armor up to +4. We recommend to sharpen the green equipment at the initial stage of the game. 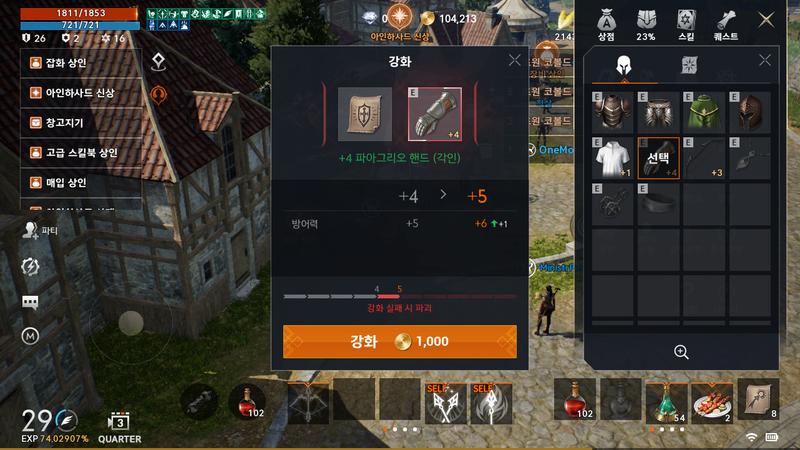 In cities, there is a separate store where you can sell unnecessary items. 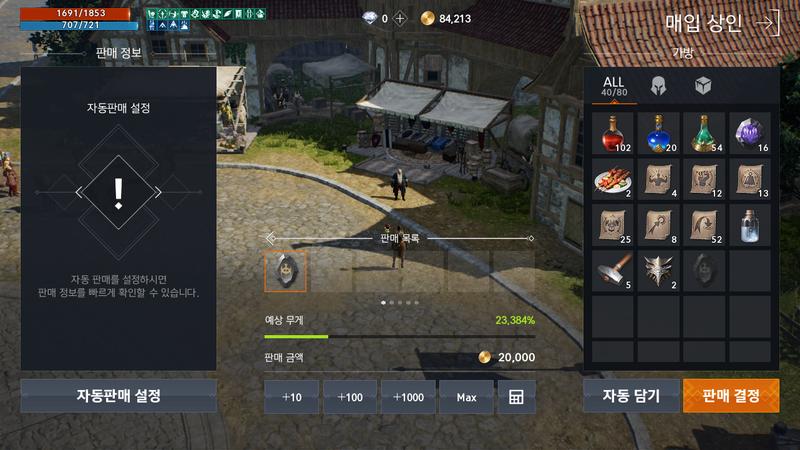