This guide will be primarily interesting to those who want to play not only from phones or tablets, but also from a PC or laptop. Although the game is intended for mobile devices, it’s not prohibited to use emulators, at least officially. Developers only warn that they do not guarantee the valid working of the game on them (there may be problems with not launching client, crashes, etc.)

First, let's figure out what an emulator is

The emulator is a special program on the PC that serves to simulate the operation of the Android system, without losing functionality and distorting the results. To date, there are more than ten varieties of such programs, some more, some less popular. They are designed for different tasks, have a different set of capabilities, have their own advantages and disadvantages.

Let us dwell on the minimum characteristics of the PC, on which the emulator can already be installed. 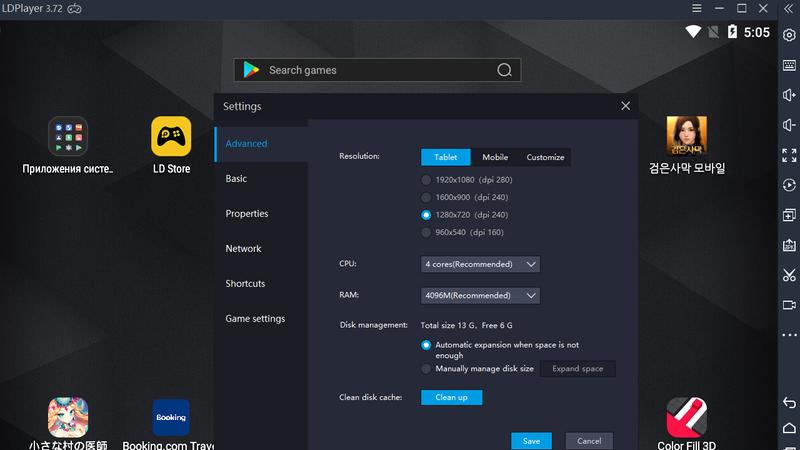 Let's focus on the five most popular emulators in our opinion.

The least popular emulator of our five. Of the advantages - users note its low resource consumption, which makes it a good solution for weak computers.

Of the main features, the following can be listed:

An emulator created by Chinese developers, it is not very popular among our users. One of the important features of this emulator is that users can independently set the necessary parameters of the emulated device in the settings, which is sometimes very useful.

Opens our three leaders one of the most popular emulators among gamers - Bluestacks. To work, just install and run the program, and then create or log in to your Google account. After that, you can install and run almost any games and applications for Android.

A good Chinese emulator with high speed and stability. And also, in comparison with similar programs, it is a more compact and convenient way to emulate.

LDPlayer is a free and powerful emulator for android on PC. You can play popular mobile games on your PC using the LDPlayer emulator. It supports a wide range of compatibility when launching high-performance mobile games with a high level of graphics on a PC. Thanks to its versatile design and convenient settings, LDPlayer works better than a real phone.

In more detail about our winner, namely - settings, common problems and their solutions - we will consider in a separate guide.